Nature has provided us some organic solutions to eradicate national dilemmas such as drug addiction that cost US Economy $600 billion each year. One of such miraculous solutions and antidotes is Ibogaine, a naturally occurring compound found in South Africa. Ibogaine powers the popular and effective Ibogaine treatment to deal with drug addiction. It helps to cope with a multitude of drug addictions or substance abuse. Moreover, it helps with certain other things. However, many experts still debate about its usage.

That is why; it is good to have a thorough understanding of Ibogaine Treatment. In this article, you will learn about all the crucial facets of Ibogaine Treatment for drug addiction. Currently, 21 million Americans have at least 1 addiction, yet only 10% of this count receive treatment. This is time to treat addiction with an iron hand. Ibogaine treatment offers promising progress. Therefore, let us talk about it.

Ibogaine is a specific kind of compound referred to as a psychoactive alkaloid. It naturally occurs in abundance and is extracted from a Western African shrub called TabernantheIboga. When given in trivial doses, it acts as a mild stimulant. However, in case of overdose, it induces a hallucinogenic effect. The indigenous people of the Bwiti religion, for various healing and religious motives, also use the Iboga shrub.

Moreover, the root bark of the Iboga shrub is used for health restoration, fever reduction, and boosting sexual arousal. In addition, Iboga leaves have anesthetic properties, which means they can numb the pain.

Ibogaine’s journey as a treatment for drug addiction and dependency started in Europe and America in the 1980s.

How does Ibogaine works?

Well, to simply answer, it is still a mystery how does Ibogaine works? Although scientists have not completely solved this mystery, we still have some sound studies for Ibogaine.

Various open-label studies have shed light on the potential merits and abilities of Ibogaine. In open-label studies, all the participants are fully aware of the treatment details. However, it came to light in 2020 that scientists have not conducted any placebo-controlled and blind clinic trials.

Still, many anecdote studies and certain medical experiments have indicated that Ibogaine holds immense potential and is a natural cure for various health problems.

When it comes to Ibogaine’s impact on the brain, it targets certain brain areas that are involved in drug addiction. As a person takes, Ibogaineis converted into Noribogaine; this compound directly influences the brain areas associated with substance abuse. Further, it resets the whole neurology by rewiring. It reduces craving and symptom withdrawal.

In essence, Ibogaine does not directly cure drug addiction or substance abuse. However, it does break the cycle. Ibogaine simply acts as a vital tool for detoxing the mind and body. It helps the person to embrace sobriety enough to go for proper drug treatment and rehab.

How safe is Ibogaine Treatment?

The Multi-disciplinary Association for Psychedelic Studies (MAPS) found that Ibogaine Treatment has a mortality rate of minor 1 in every 300 patients. As Ibogaine treatment proved to be effective, many patients fell victims to it. According to Ibogaine Alliance, there were 19 fatalities reported in the period between 1990 and 2008. These deaths were associated with the ingestion of Ibogaine. Moreover, various factors are believed to be attributed to these deaths.

These include polysubstance abuse and underlying or pre-existing health conditions, especially cardiovascular ailments. In addition, seizures as a result of acute withdrawal from Benzodiazepines and alcohol.

Keeping the classification by DEA, Ibogaine stands as a Schedule I controlled substance. According to this DEA classification, Ibogaine has a relatively high rate of addiction. Moreover, it can be lethal. With its toxicity, it has the potential to cause convulsions, paralysis, cardiac arrests, or respiratory failure.

Some other adjoined risks and side effects are dry mouth, nausea, gastrointestinal problems, impaired muscle coordination, and balance. Millions of people around the globe suffer from daily chronic pain. For some, this is caused by diagnosed underlying conditions. Others are unable to pinpoint the true source of their

Inpatient drug Rehab Georgia is the most intense and involved treatment plan for people seeking help with addiction. However, it is up to addicts themselves to make the most of 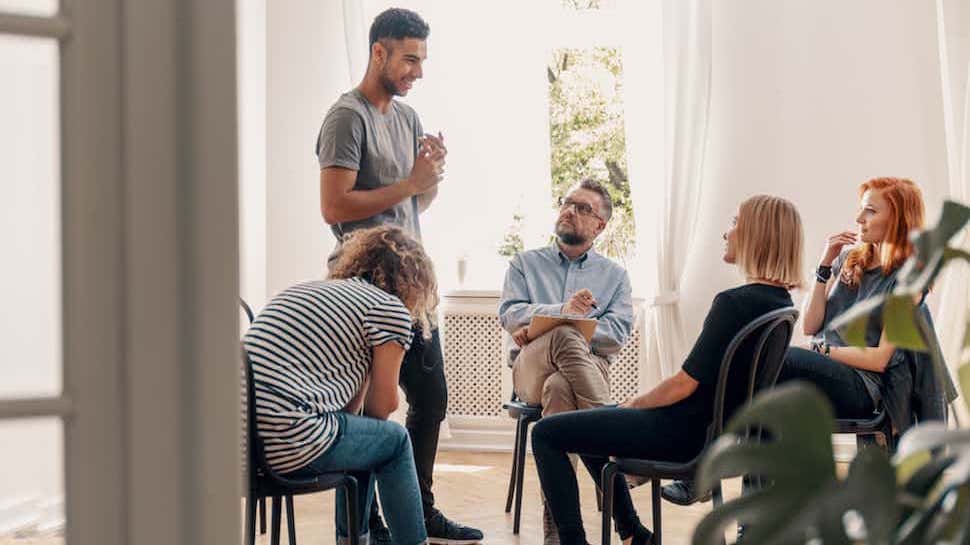 What usually starts as an experiment may become an addiction to so many people who have found themselves as drug and alcohol addicts. For some, it begins with exposure to